This version is designed for the OPPO BDP-93 and BDP-95 Blu-ray Disc players. This version is the same as the latest public beta release version BDP9x-52-0707B. Comparing to the previous official release version BDP9x-42-0323, the major changes included in this version are:
1.Added VUDU HD Movies streaming. Access VUDU at the Home or Source Menu.
2.The Netflix interface is upgraded to version 2.1. This upgrade allows for Canadian customers to stream Netflix and adds the "Search" function.
3.Added the Zoom and Aspect Ratio (AR) adjustment for BD-Java enabled discs (available on HDMI 1 only). To take advantage of this functionality, set the Primary Output to HDMI 1 (Video Setup), use a resolution other than “Source Direct”, and use the HDMI 1 output on the BDP-93. During the disc playback, press the ZOOM button to change the zoom level and AR on the fly. A momentarily black screen may be observed but this is normal. Please note that 3D BD-Java Blu-rays do not allow for Zoom adjustments.
4.Improved the Speaker Configuration options under Audio Processing. It is now possible to independently set distances for each speaker (previously speaker groups were treated as linked pairs), speaker distances can now be set to the actual spatial distance of the speakers (previously no speaker could be set further from listening position and the Front Left/Right speakers), “Test Tones” can now be used in conjunction with the player’s internal trim controls, speaker distances can now be set in quarter foot increments and speakers no longer require a minimum distance.
5.Added a new option for "Volume Control" under Setup -> Audio Processing. This function allows for enabling or disabling the analog volume controls (also known as Variable Audio). If set to "OFF" then the VOL-/+ keys on the remote will no longer affect the analog audio output.
6.Added "Direct Play" support for DVD-Audio titles. After loading the DVD-Audio title, pressing STOP followed by PLAY on the remote control will directly access the first Group/Title, bypassing any menu.
7.Improved HDMI compatibility with some Audio/Video (AV) receivers. Some customers reported that after updating to the previous Official 42-0323 firmware, HDMI handshake problems (such as momentary black screen, audio and/or video dropout,flashing screen, etc.) were observed, and in most cases, it only happened on HDMI 1 not on HDMI 2.
8.Upgraded the Blu-ray loader driver (CN0900). This upgrade should result in smoother and quieter disc operation.
9.Added OGG and OGM Vorbis media support.
10.Added ID-Tag support for APE and FLAC files. Now these formats will show Title, Artist, Album and Genre on screen when played back at the Home Menu. Embedded Album Art is also supported for FLAC files.
11.Improved access and read speed to external hard drive (HDD) connected with USB or eSATA, especially when two external HDDs are connected in parallel.
12.Improved BD-Live connectivity. For example, "MovieIQ" will now properly connect and download additional media on select Sony Pictures Blu-rays.
13.Improved DLNA performance, which includes faster indexing and more reliable media playback, and added additional DLNA server support.
14.Fixed the incorrect vertical stretch on some 4:3 DVD films, such as "TWELVE O'CLOCK HIGH" (FOX 2002). This issue could be observed when TV Aspect Ratio is set to "16:9 Wide/Auto" and no zooming operation is performed.
15.Improved general disc compatibility based on recent and upcoming Blu-ray releases as well as user-submitted disc samples.

All features and improvements of the previous firmware are also included in this version.
於 7月 16, 2011 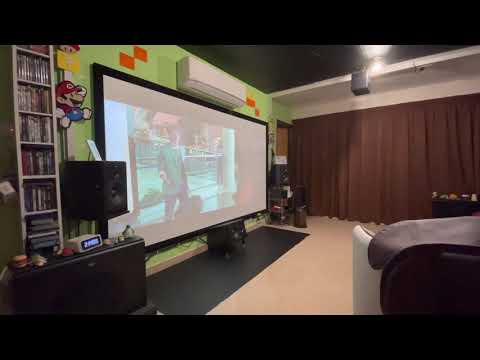